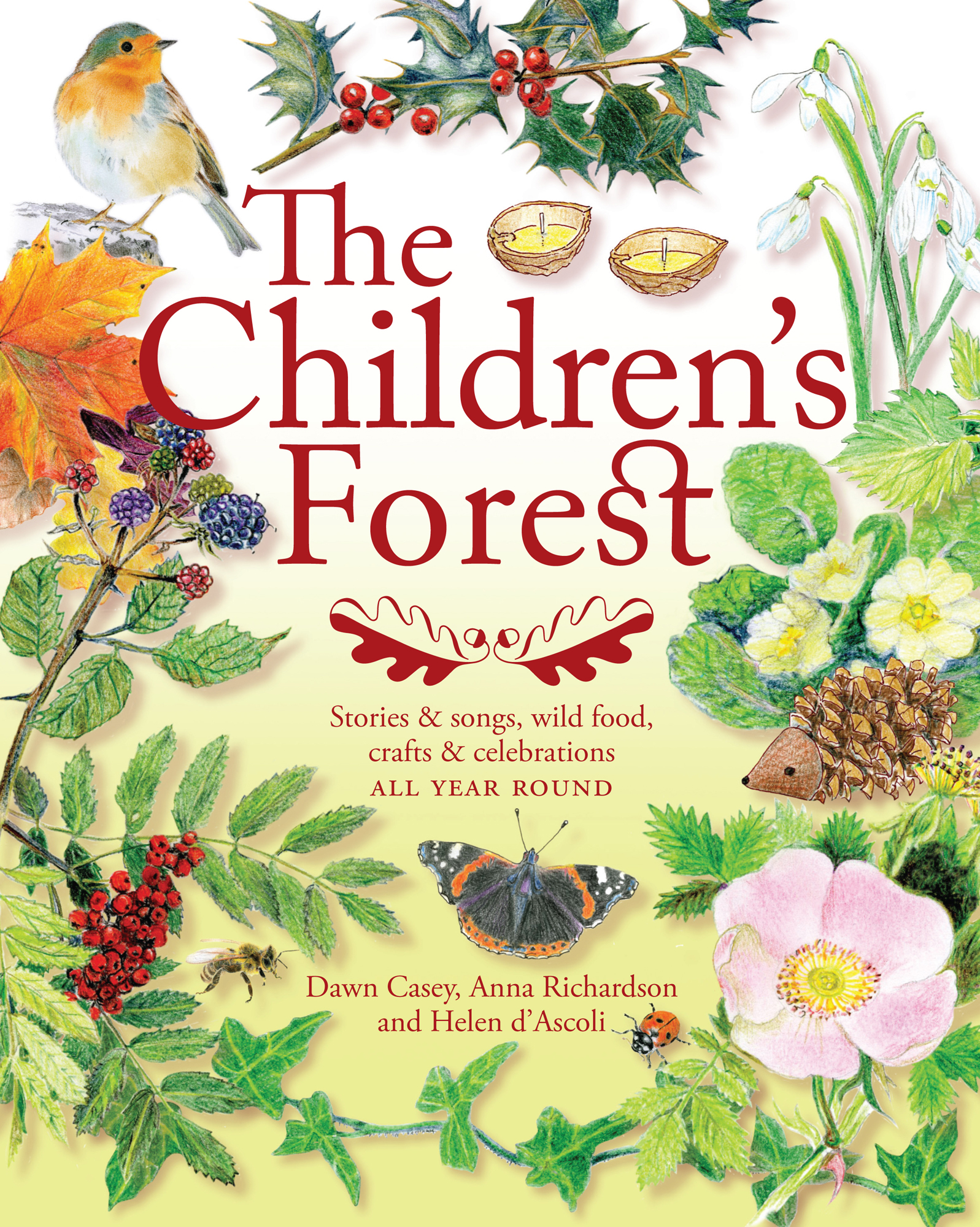 Autumn is harvest time. The autumn equinox is a point of perfect balance in the year, when the length of the day is exactly equal to the length of the night. It is a turning point: from now on, the nights will grow longer as we move towards winter. This year the equinox is on 22 September at 7.21 in the evening.

Early August sees the start of Lughnasa, the late summer festival celebrating the ripening of berries and nuts in the forest and the first harvest in the fields.

Lughnasa is named after the Irish hero, Lugh, who many think of as a sun god. In later times, Lughnasa was named Lammas (‘loaf-mass’) in reference to the beginning of harvest.

In farmlands all over Europe, it was believed that the spirit of the corn lived amongst the crop, and so was made homeless by the harvest. It was the custom to fashion the last sheaf of wheat into a corn ‘dolly’, so that the spirit of the corn could spend the winter in this home, until the ‘dolly’ was ploughed back into the land in the new season.

In forest glades and edge-lands, wild grass, rather than cultivated grain, is in seed, and can be used to make a simple ‘dolly’. Here, in this extract from The Children’s Forest, we show you how to make your own Plaited Grass Dolly:

As we enjoy midsummer, the authors of The Children’s Forest are promoting children planting trees and learning how to look after them. Check out the film to learn more and there is even a course so you can become a forest facilitator, guiding young people through the process, great for Forest School teachers. If you are a parent and would like your children to be involved, please share the Children’s Forest vision with your child’s school or group.
This project is also for schools, Forest School groups and independent educational groups who would like to create a Children’s Forest on their grounds, or to be helped with finding accessible land, trained facilitators and healthy native saplings. Learn more at www.childrensforest.earth

Beltane takes place on 1st May, exactly half way between the spring equinox and summer solstice. The word comes from the Old Irish, meaning ‘bright fire’, and the day is now often known as May Day.

Beltane marks the transition between spring and summer and celebrates the start of the light half of the year. It is the time of fertility.

In the cycle of day and night, this time of year is akin to mid-morning – when we are active and moving.

It is a time of enthusiasm, joy, vigorous growth, love, harmony, fertility and the fire of creation.

Spring sees the start of nesting season for birds – both domestic, with chickens going broody, and wild birds who visit our gardens and parks.

Although blackbirds are easy to spot in our gardens in Autumn, when they come in search of berries and windfall fruit, if you’re lucky you might see them now gathering nesting materials, preparing to brood and hatch some chicks as the weather warms.

Blackbird chicks usually hatch after 13-14 days and are fed on earthworms when available in our gardens, and on caterpillars when they are raised in woodlands. Only the female blackbird broods the eggs, but both parents feed the chicks.